The Man, His Boats, and Their Sailors

The name Hillyard is a byword for simple, practical and affordable yachts in all sizes and for all pockets, designed for enjoyment by the whole family rather than as primarily masculine playthings. David Hillyard founded his Littlehampton yard in 1906, and it produced some eight hundred wooden boats, to his own designs, in addition to many craft for the British Admiralty during two world wars. The business continued into the twenty-first century, when timber could no longer compete with modern materials in the production yacht market.

It has been said that a Hillyard – with its ample lines and modest sail area – is unlikely to drown you, though it might starve you to death! But many owners developed deep attachments to their boats, and as their families and means grew, came back for another, again and again. Some hundreds of Hillyard yachts survive, much loved, and throughout the world, to the present day. 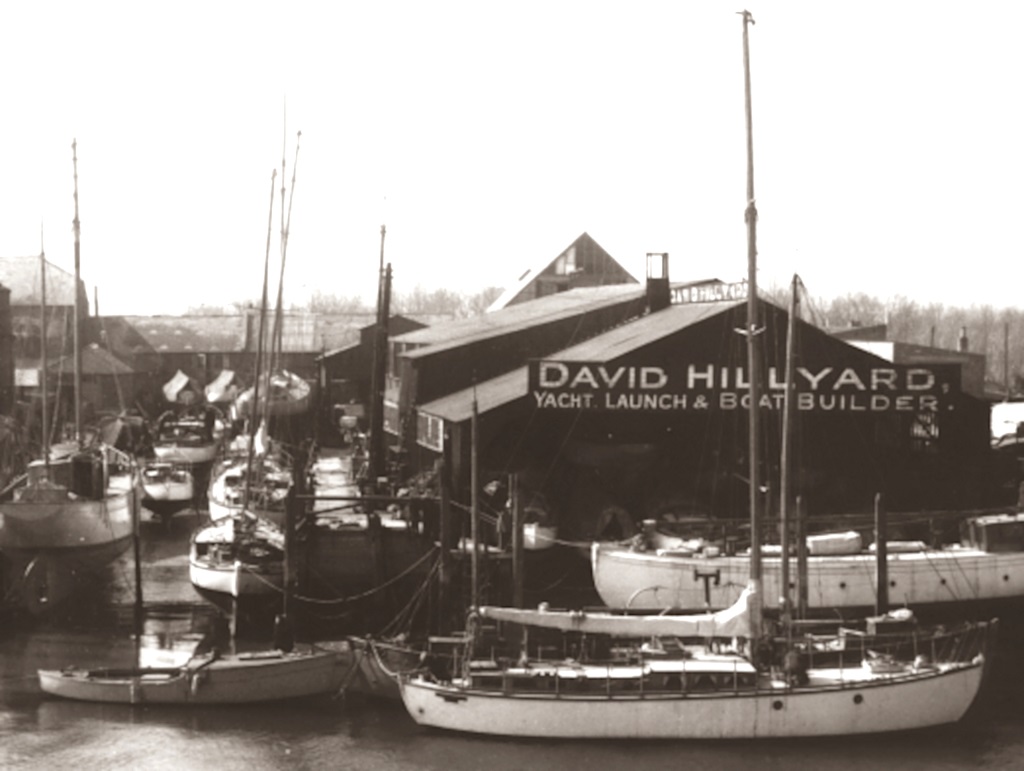 David Hillyard, despite owning a substantial business, was not interested in the trappings of success. He was a simple man with a simple ethos who preferred looking after his men and his customers before himself. This is shown in such things as his never owning his own yacht (he preferred to ‘borrow’ a boat from the yard for his annual summer holiday cruise) and in never parting with his faithful motor cycle for an expensive motor car. He cared deeply for the welfare of his employees; speculative building when there were no firm orders enabled him to keep his staff together and provide them with work however bad external circumstances were. He, in turn, could count on a workforce who became ­intensely loyal and did all they could to enhance and maintain the reputation of the yard. Hillyard and his men prided themselves on the seaworthiness of their craft, as well as the quality of their build.

Hillyard describes David Hillyard’s voyage from apprentice boatbuilder to founder of a boatbuilding dynasty and a much-loved employer in his adopted home of Littlehampton. It also recounts many voyages, both modest and world-girdling, made by Hillyard yachts, and the activities of those dedicated to maintaining and preserving these unassuming but capable craft, and the memory of the man and the yard which created them.

Nicholas Gray has had a lifelong passion for boats and sailing. He has taken part in the Two Handed Round Britain and Ireland Race and the Azores and Back Race; he has sailed widely round the coasts of Western Europe and the Mediterranean; has taken part in the UK Three Peaks Race, and has crewed in many RORC ocean races. He is a solicitor who also worked in merchant banking and in the oil and gas industry. He has had an interest in a sailmaking company and once owned a boatyard which specialised in the restoration of classic wooden boats. When not sailing, Nicholas divides his time between his homes in Sandwich in Kent and in south-west France. Now retired, he is a member of the ­Association of Yachting Historians and has written two books of nautical history – Last ­Voyages (Fernhurst Books 2017) and Astronauts of Cape Horn (Conrad Press 2018).