Like many boys reared on British rivers by the sea, David grew up with a nat­ur­al love for boats and sail­ing. In later years he would trans­late this into a busi­ness which would set trends in yacht design and con­struc­tion, but even as a young lad he was show­ing flair. His wood carving and sand­pa­per­ing at his school were the incon­spicu­ous begin­nings of this. It was way back then that David Hillyard was seen to be mak­ing excel­lent model boats that actu­ally sailed. A local trader in Colchester learnt of these mod­els and bought some which, to the young schoolboy’s delight, sold as well as they sailed. So began his boat­build­ing career.

This skill with his hands dic­tated the pre­dict­able pro­gres­sion from school into a boat­build­ing appren­tice­ship. For this he had a choice, as there were two yards in Rowhedge at that time and three in Wivenhoe. He chose Wivenhoe, where boats had been built for many years. David chose Forrestts to serve his appren­tice­ship. The largest Wivenhoe yard at the time, they were mov­ing into steel con­struc­tion, includ­ing pre-fab­ric­at­ing steam­ers and launches for the far-flung corners of the Empire. Many of these had to be con­struc­ted in bits and then crated up for export. Others were built for domest­ic des­tin­a­tions like Lake Windermere. The yard con­tin­ued to build wooden boats and had a con­stant need for skilled ship­wrights. David star­ted with them when he was fourteen. 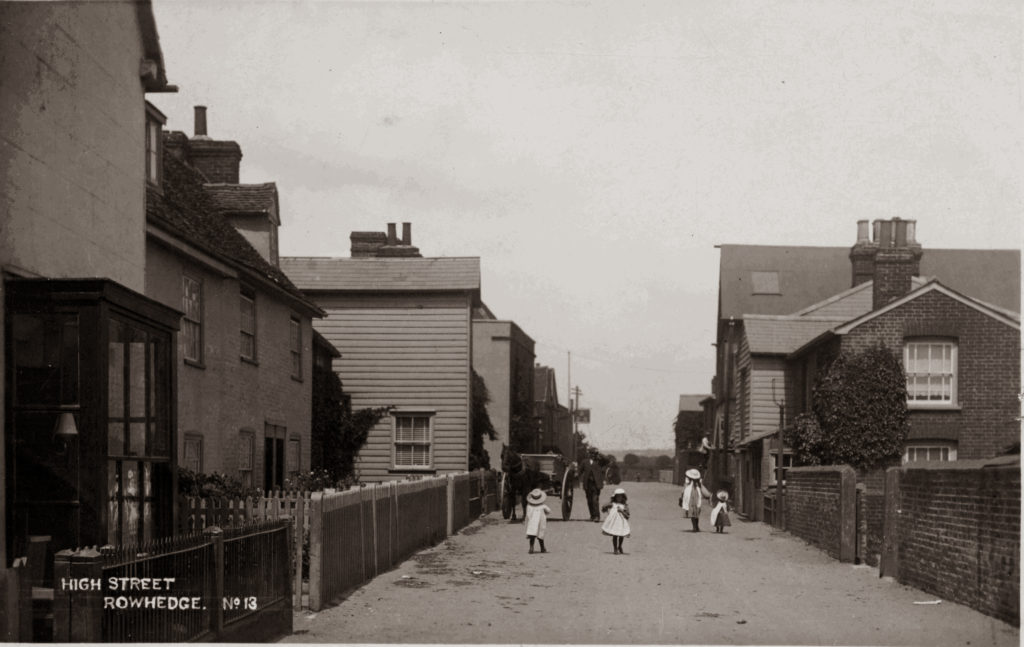 Wivenhoe is on the oppos­ite bank, just down­river from Rowhedge. David would have had to leave his house early to catch the ferry across the river in time for a 6.30 am start at the yard. There was a half-hour break for break­fast at 8.00 am, and an hour for lunch at 12.30. They would then work on until 5.30 or 6.00 pm. He worked on Saturday morn­ings until 1.00 pm.

Apprentices were taken on by the yard man­ager and then assigned by a fore­man to the care of a skilled ship­wright. There was no form­al train­ing as such and the boy would have had to pick it up as he went along, usu­ally begin­ning with the broom! Apprentices’ first job was usu­ally for them to be made to build their own wooden tool­box. At that time his appren­tice­ship would have been for a seven-year term. Over the years and with a bet­ter approach, the length of such appren­tice­ships was reduced from seven to four years, while cur­rently it is claimed that ship­wrights can be trained in basic skills in under a year.

It was hard work in those days, abysmally paid, and not always as secure as it seemed. Discipline was tight in the yard. At the end of the day, employ­ees were frisked at the gate, and even if it was only the stub end of a candle (their main source of illu­min­a­tion) that was found in a pock­et, they were out. If a boy did not show prom­ise, he was sum­mar­ily dis­missed. On top of that, there were fre­quent bank­ruptcies amongst the yards, put­ting all hands out of work. Even Forrestts, des­pite its size and turnover, had a some­what shaky fin­an­cial his­tory. From 1897 until 1904, when he became twenty-one, David learned his trade and there was a good deal to learn. He had to devel­op his skills in hand­ling and look­ing after his tools, par­tic­u­larly how to keep them sharp. He had to learn about dif­fer­ent tim­bers and fasten­ings. He had to learn to adze out keels, stems, dead­woods and stern posts from solid baulks of tim­ber. He had to learn how to loft lines, pro­duce moulds and set them up plumb, and then acquire the skills involved in cut­ting, scarph­ing, shap­ing and fasten­ing plank­ing, notch­ing in deck beams and lay­ing and pay­ing decks. He would also have been ini­ti­ated into the arcane worlds of mast­ing and rig­ging and would have learnt the basics of mech­an­ic­al and elec­tric­al engineering.

Early on this appren­tice gained the repu­ta­tion of being an incred­ibly fast work­er and when he later became his own boss he expec­ted his men to match his speed. As a ship­wright he would have been engaged at a yard like Forrestts in build­ing yachts and wooden craft up to a hun­dred feet long, as well as fit­ting wooden deck­ing and upper­works to steel ships. The ship­wrights were respons­ible for launch­ing the boats when complete. 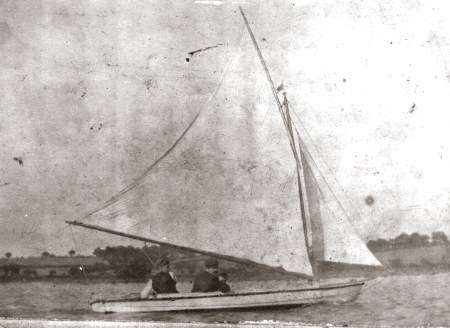 Even whilst work­ing these long hours, David built small boats for him­self. A pho­to­graph shows him sail­ing on the River Colne in a 16ft sharpie he had built him­self at the age of six­teen, wear­ing the cap he was scarcely to be without for the rest of his life (it was said later that you could tell his mood by wheth­er he was wear­ing it to port or to star­board!). For the men of Rowhedge and Wivenhoe, boat­ing was not just a job to be done or a sport to be ser­viced, but some­thing to be enjoyed. A high­light each year in those days was the com­bined Rowhedge and Wivenhoe regatta, run by each com­munity in altern­ate years, and claimed to be under Royal pat­ron­age as the King was one of the yacht own­ers who con­trib­uted the prize money. Held at the end of the sea­son when the crews on the big boats had returned home, the regat­tas included a vari­ety of classes from small row­ing boats to dinghies, yachts and fish­ing smacks. In these races David Hillyard would have found him­self up against the crack skip­pers and crews of the day.

from Hillyard by Nicholas Gray 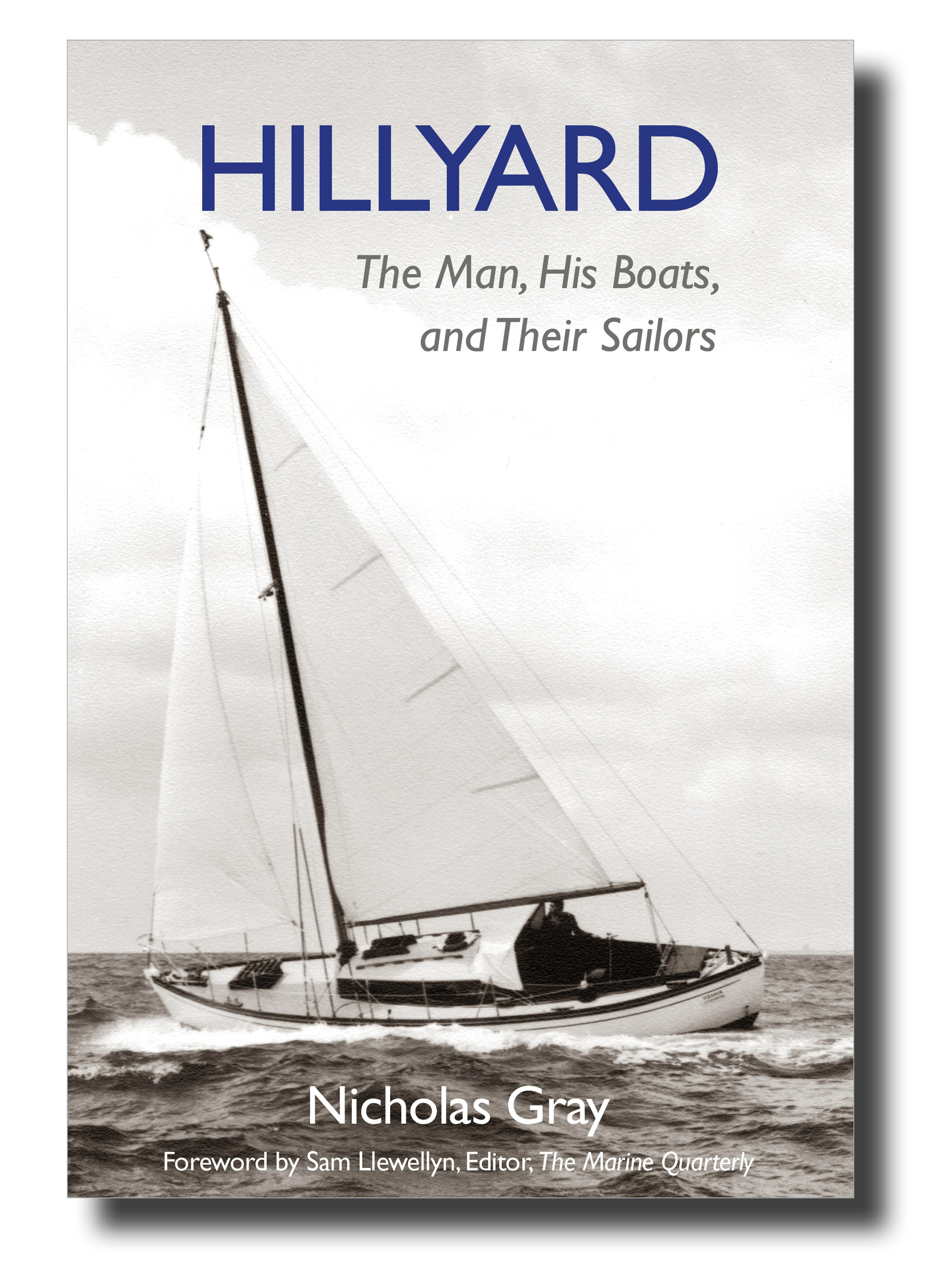