Around Britain with Help from My Friends

Having told so many friends and family of his plan, when retired, to sail around Great Britain, Rod Shiers was finally obliged to deliver in 2013, pressing into service many of the same people as the very assorted relay crew for his 32ft Westerly Fulmar. The prelude to the voyage was a dismasting in the Bristol Channel due to gear failure, but that served only to strengthen both vessel and skipper, and helped to ensure a trouble-free circumnavigation.

Rod departed Portishead on the Severn Estuary in May and finally completing his challenge 80 days and 2,400 miles later. Joining him at various stages on his journey were a group of 20 people from the ages of 14 to 74—including a retired engine driver, a surveyor, a former police officer, a builder, a metallurgist and an electronics research engineer—and all occupations in between. Some were old sailing acquaintances, others had little or no sailing experience. Rod’s adventures with this unlikely group of companions are brought to life in All Aboard!—an account which will inspire marina-lurkers everywhere to ply the alluring, and occasionally challenging, waters around Great Britain. 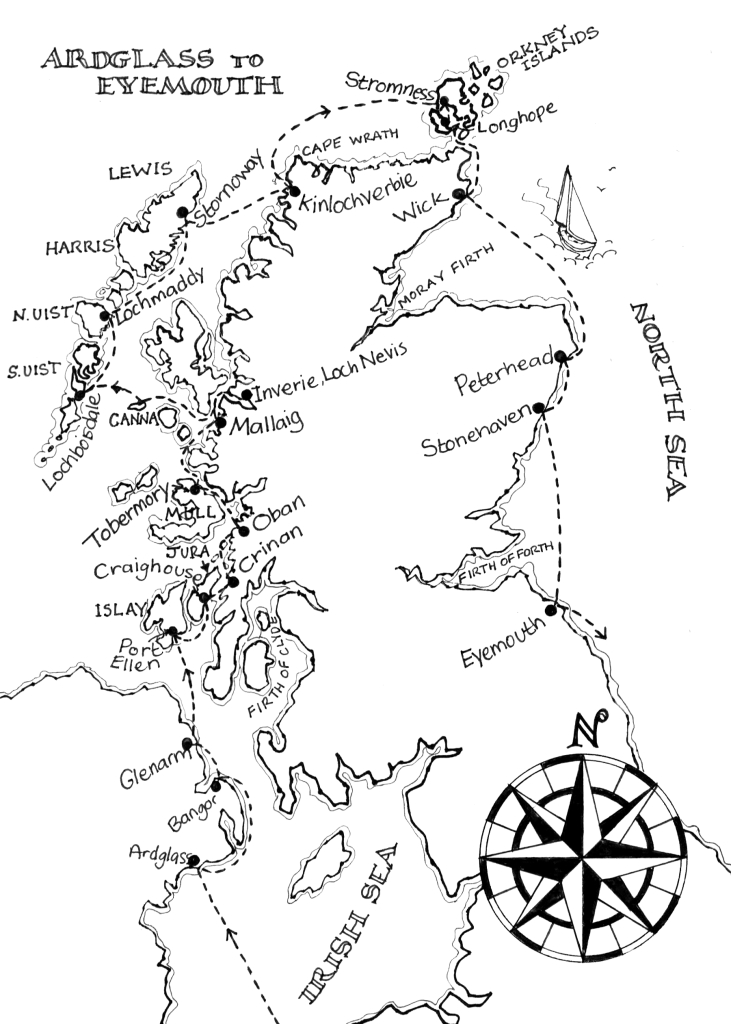 For the electronic edition Rod has provided a huge trove of photographs taken on the voyage, conveying the huge variety of locations encountered, from the urban to the remote, and the enjoyment had by him and his crewmates.

Rod is donating his author royalties from the book to the Royal National Lifeboat Institution.