People of the Sea

Long before Western man ‘discovered’ them, the People of the Sea, as many inhabitants of the South Pacific islands called themselves, had a vibrant, socially sophisticated culture in which travel on water played an essential part.

For sixty-five years James Wharram has designed, built, and sailed craft of Polynesian double canoe form, demonstrating with them that the sea, far from being a barrier between the islands, is their highway.

The ocean voyages of James and his team culminated in their circumnavigation in the stunning 63ft Spirit of Gaia, during which they explored the lands and cultures of their craft’s spiritual home — the Polynesian islands.

Inspired by the lifetime of creativity and discovery James describes in this book, many modern People of the Sea are sailing the world’s oceans, seas, coasts and rivers in craft they have built for themselves to James Wharram designs.

James Wharram’s life was changed forever when, in his early twenties, he saw Thor Heyerdahl’s film of the Kon Tiki voyage, and in Manchester Central Library ­encountered a book on Polynesian double canoe sailing craft.

He determined to disprove Heyerdahl’s assertion that Polynesia could have been settled only from South America, and not from south-east Asia, which would require craft more sophisticated than a balsa raft.

He has dedicated his working life to demonstrating the seaworthiness, windward ability and practicality of the Polynesian double canoe form, and has probably sailed more sea miles in craft of this pattern — all to his own ­design — than any other person. 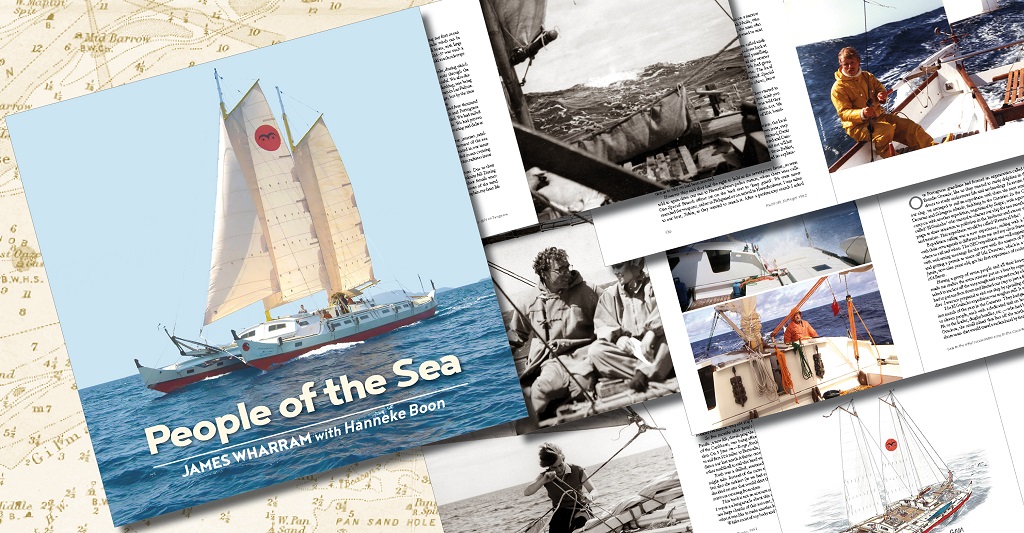